Nissan has revealed Canadian pricing for the 2019 Nissan LEAF PLUS, the new extended-range addition to the new LEAF vehicle lineup. Buyers who head for Nissan dealers in Canada starting in April will be greeted with a $43,998 starting price for the LEAF S PLUS model.

The "PLUS" designation refers to the increased energy density of the model's 62 kWh battery pack as well as the higher 214-hp output of its powertrain (the standard LEAF operates on a 40 kWh battery).

Nissan also promises livelier accelerations (faster by nearly 13%) with the new powertrain when already at speed. The top speed has increased by about 10%. An added standard new 100kW capacity quick charging system enables owners to charge the 2019 Nissan LEAF PLUS more efficiently. 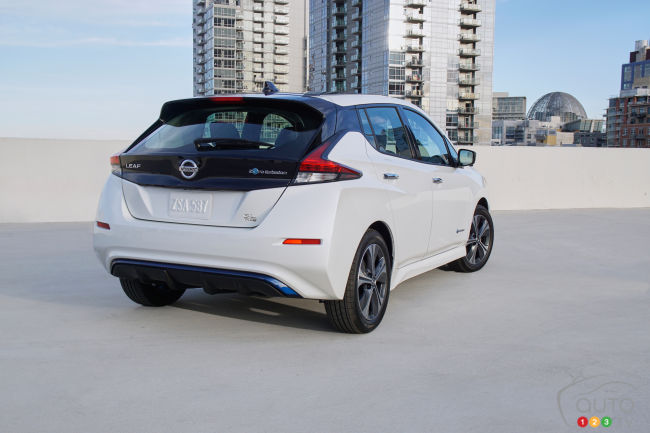 "With the addition of LEAF PLUS, the Nissan LEAF is now available with two battery options and a choice of four trim levels – each featuring the many advanced technologies offered under the banner of Nissan Intelligent Mobility.”

Visual cues indicating its special status as a LEAF PLUS include a revised front fascia with blue highlights and an e+ logo plate on the underside of the charge port lid. There are also rear trim level badges designating the grade level as S PLUS, SV PLUS or SL PLUS.

Here is Canadian pricing for the three trims of the 2019 Nissan LEAF PLUS: 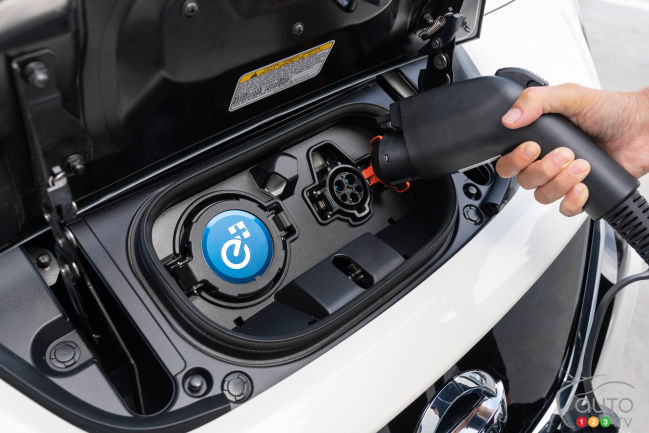 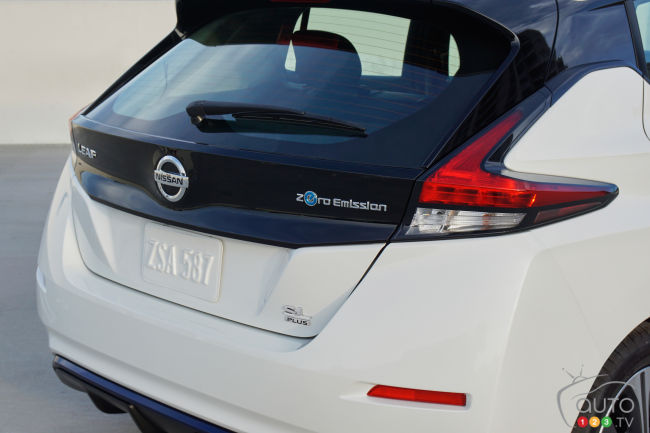