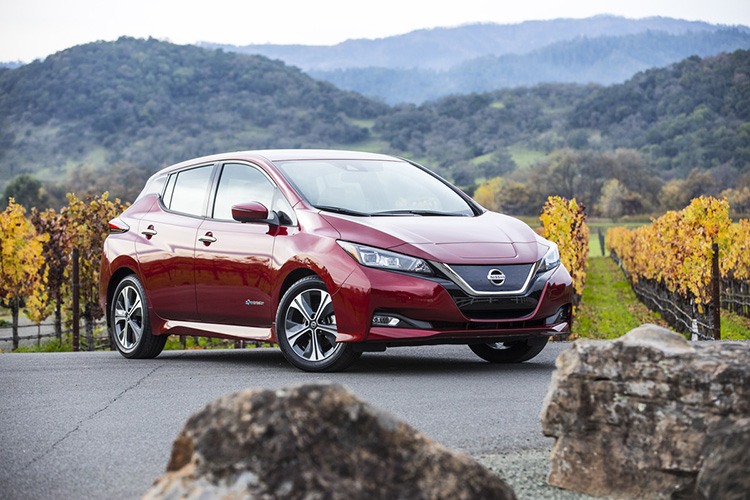 The 100% electric car posted robust growth across all the major electric-vehicle markets – Japan, Europe and the U.S. – in the fiscal year that ended March 31.

Demand is expected to keep rising as customers embrace the new, second-generation Nissan LEAF, which offers increased range and new, advanced technologies. Sales of the redesigned model, introduced in October 2017, are gaining traction in Japan and the U.S. The all-new LEAF is set to go on sale in more new markets this fiscal year, including Latin America and the Asia & Oceania region.

"The strong performance of Nissan's EV models globally is a testimony to our expertise and leadership in electric vehicle technology," said Nissan Executive Vice President Daniele Schillaci, who heads the company's electric-vehicle business. "The unprecedented response to the most advanced electric car in the world, the Nissan LEAF, contributed significantly to the robust growth of Nissan in 2017. The Nissan LEAF is the best-selling electric car in the world, with the widest reach and the greatest availability. We expect its continuous leadership in 2018."

The all-new Nissan LEAF comes with a host of advanced technologies and features, including ProPILOT autonomous driving technology (ProPILOT Assist in the U.S.), ProPILOT Park and e-Pedal, as well as increased power and range.

The new Nissan LEAF received a 5-star safety rating from the Japan New Car Assessment Program in February. The model's ProPILOT autonomous driving technology helped it score 94.8 points out of a possible 100 for occupant safety in a collision. Other features that contributed to the rating include its highly rigid body structure, six SRS airbags, seats with enforced headrests and back frames, and seat belts with pre-tensioners and load-limiting capabilities for the front and rear outboard seating positions.